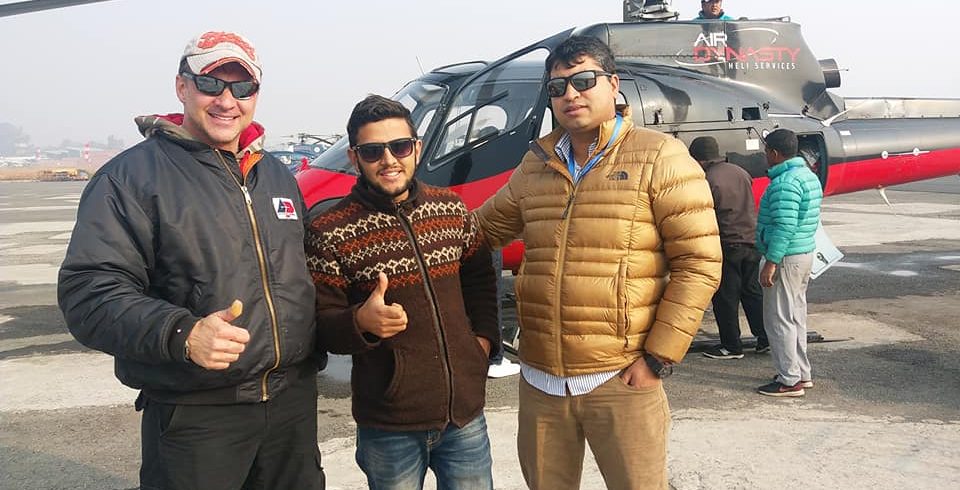 Moreover, this is a remote cultural trekking in the rain shadow area of Nepal. Upper part of Mustang region is famous for Tibetan influence culture and landscape which provides similar taste of Tibetan life. Lo-Manthang was the capital of Mustang. The region was a separate state called Mustang but now it is the part of Nepal. Still the local culture is preserved by the ex-king of Mustang. Trekking in Upper Mustang is wonderful walking journey to the hidden land of high Himalayan plateau.

Mustang Region occupied with the southern plateau of the Tibet along with the high Himalayan giants like Dhaulagiri and Annapurna. The ancient Kingdom of Mustang the capital Lo Manthan was attached to Tibet in the 14th century, although it retained its identity as an autonomous dynasty throughout the centuries which is a walled city with their own present King Jigme Prabal Bista and the people still remain predominantly Tibetan.One of the region in which outsiders are inaccessibled. By this isolation, life has almost unchanged for centuries.

From the walled city Lo Manthang we will take a helicopter ride to Pokhara which offers a remarkable view of the unique landscapes of the Mustang region along with sparkling White Mountains. We will also be overwhelmed by the admiring views of the city of Lakes as we go near to Pokhara.

Upon your arrival in Tribhuvan International Airport our representative from Actual Adventure will be there waiting for you to receive you holding your name card. After welcoming you will be transferred to the hotel in our private vehicle. At evening we will also organize a welcome dinner for you and we will have short discussion about the trip.

After having breakfast we will take a ride to the city of Lakes, Pokhara following Trishuli River. The ride is much more than an ordinary drive. During our journey we will see villages, paddy fields and many religious sites and a historical town of Bandipur. After about 5 to 6 hours drive we will reach to Pokhara. Afternoon can be enjoyed by the lake as the hotel is located near to the lake. Stay overnight at hotel in Pokhara

After we have our breakfast in Pokhara and take a scenic flight to Jomsom. Jomsom is the headquarters of Mustang district. After landing in Jomsom Airport we will meet the rest of our team members and start our trek. During trekking we can picturesque peaks of Nilgiri, Dhaulagiri, Tukuche Peak and Dhampus are spectacular all the way. During our trek we will find narrow alleyways and tunnels, irrigation canals, green fields of wheat and barley and many apple trees along our way. Overnight in Kagbeni

After having our breakfast we begin our trek. We will start trekking alongside the east bank of Kali Gandaki Valley and then we will walk on both high valleys that run alongside the Kali Gandaki River. We will walk through narrow alleys and cross some small village along our way admiring the views of the whitewashed houses, terraced fields, rivers, and apple orchards until we reach to Chhuksang. Overnight in Chhuksang.

We will have our breakfast and start our trek. After crossing a suspension bridge our trial goes along the banks of Kali Gandaki River before ascending to Chele village. The trial goes steep from now. The steep trial upto Chele village offers great views of the Nilgiri and the Tilicho peaks. Continuing climbing on a steep trial we ascend alongside a canyon towards Darori La Pass at 3735m. A gradual descent from here will finally take us to a small village of Samar. The village is small and beautiful surrounded by ancient poplar trees. Overnight in Samar.

After having breakfast we will start our trek. The trial goes through desert like lands where we see the houses made up of mud and stones having thatched roofs. We will climb on a ridge above the village and descend into a large ravine. The trial goes ups and down; we will ascend towards the Bhena La pass then descend and again ascend to Yamda La Pass and get the first view of Upper Mustang. A gradual descend from there will take us to Gelling village. Overnight in Gelling.

We will have our breakfast at Gelling. We will pass a village called Tama Gaon and a Chorten following a trial that goes through barley fields and then take a steep climb up to the Nyi La Pass where we get the amazing views of the Annapurna range. After that our trial descends to Ghami. There we will see several similar whitewashed houses and barren fields where we can also get to see the local animals.Overnight at Ghami .

After having breakfast we will descent to Ghami Khola following a rough and slippery trial. We will cross a suspension bridge over Ghami Khola and then again ascend to the Tsarang La Pass where we will see beautiful Mani walls along the way. A short walk from there will take us to Tsarang village which lies at the top of the Charang Chu canyon. Overnight at Tsarang.

Early in the morning we will visit the Red Gompa after having our breakfast. After that we will begin our trek to Lo Manthang with a descent to Tsarang Khola. We will cross a suspension bridge and then ascend to Lo La pass at 3950m. The trial offers a great view of northen Mustang and Lo- Manthang. After that we will walk down to Lo Manthang, which is the ancient capital of Mustang. The place is also known as the city of walls. Overnight in Lo Manthang.

Today we will be roaming around exploring the Lo Manthang. We will visit the Kings palace and gompas situated in the village. We will also visit the cave and a cave temple of the place.The entire village is walled and it is painted in earth brown colour. Overnight in Lo Manthang.

Here comes the most exciting part of the trip! Today we will fly over the amazing mustang region to the beautiful city of lakes Pokhara. The helicopter rides gives one of the best experiences of life. The view of the mustang region from above is breath-taking. It gives you a heavenly pleasure. Along with it you can also have the pleasure of witnessing the eye-catching snow capped mountains. We will land in Pokhara and spend the day roaming around the city. Overnight in Pokhara.

We will have our breakfast in Pokhara and after that we will fly back to Kathmandu. After landing in Kathmandu airport our representative from Actual Adventure will take us to Hotel. You will have plenty of time to roam around the city and do some shopping. We will also organize a farewell dinner for you at evening. Overnight in Kathmandu.

Your holiday in Nepal ends here. A representative from Nepal Trekking Trial will transfer you to the airport before two hours from your flight with lots of a hope of seeing you again in the future. If you want you can also add an additional tour package offered by the company.